Selling a car privately can be a daunting and ultimately exhausting task, but it can pay off handsomely in the long run if you approach it strategically and follow some key steps.

Owners who decide to sell an old car themselves often end up with more cash in their pocket than those who trade in their ride to a dealership. And there’s a good reason for that — between setting a fair price, snapping photos, writing a description, fielding phone calls, answering emails, and taking prospective buyers out for test drives, selling a car often requires a boatload of time and energy.

That’s why Business Insider spoke with car-selling experts from Autotrader, Edmunds, and Cargurus.com to learn about some lesser-known tips sellers can follow to help them navigate the selling process, avoid common pitfalls, and hopefully earn some extra cash when everything is said and done.

Due to current social-distancing recommendations, it’s nearly impossible and certainly inadvisable to sell a car privately right now. But these car-selling tips should still apply once the used-car market warms up again.

Brian Moody, executive editor at Autotrader, said it’s critical to remove any personal touches you may have added to your car over the years. That not only means cleaning the vehicle, but also getting rid of any add-ons like bumper stickers to make the car look as neutral as possible.

“That’s not necessarily a hygiene or a cleanliness issue, it’s more psychological,” Moody said. “You want the person to picture themselves in your car. You would never go to a dealership and see a car with an ‘I Love Hawaii’ air freshener hanging from the rearview mirror.”

2. Clean your car thoroughly, and remember that a few small touches can go a long way

All of the experts Business Insider spoke with recommended washing a car before putting it up for sale. Cleaning a car thoroughly signals that your car is well cared for and shows buyers it’s worth their time.

Sellers should, at the very least, wash the car, but they should also consider putting in a bit of extra work in certain areas.

“For example, shining the wheels and wiping down the vehicle’s interior are two low-cost ways to make a big impression in photos,” Matt Smith, senior editor at Cargurus.com, told Business Insider in an email.

Both Moody and Ronald Montoya, senior consumer-advice editor at Edmunds, said sellers should consider getting their car detailed. Montoya also recommends cleaning a car a second time when buyers come to look.

“Depending on how long it’s been — and especially if it’s a serious buyer — you’d want to get it washed for them so it can put its best foot forward,” Montoya said.

3. When taking photos, be sure to control your surroundings

Depersonalizing your car and giving it a good wash may help it pop in photos, but the environment you present your car in is just as important, Moody said.

If you’re taking photos in your driveway or on the street, move other cars out of the way, don’t show family members or pets, and avoid snapping shots of any other junk that could spoil your photos, Moody said. Better yet, consider taking your car out to the park or another scenic spot.

4. Take good photos, and lots of them

All of the car-selling experts Business Insider spoke with recommended taking many high-quality photos from a variety of angles — including both the interior and the exterior of the car. They said to be mindful of lighting and to highlight any imperfections or dents.

“Listings tend to have terrible photos,” Montoya said, adding that some of the common mistakes sellers make include taking photos with poor lighting and snapping pictures that don’t show the entire vehicle.

Moody recommends uploading as many photos as your chosen website allows, while taking care not to leave out any typical wear spots. If you take lots of photos but — accidentally or deliberately — leave out the driver’s seat, for instance, shoppers may think you’re hiding something.

5. Don’t skimp out on the description, but don’t go overboard either

Crafting a good description is all about finding the happy medium between brief and thorough, experts say.

“You don’t want to just say ‘runs great’ and name your price,” Montoya said, adding that you also “don’t have to write a whole essay about it.” Mention why you’re selling it, the features it has, any work it may need, and if you’ve done any recent repairs, Montoya said.

Moody advises sellers to be straightforward in describing their car’s condition, but not to go overboard in pointing out its flaws.

“It’s good to be honest, obviously,” Moody said. “I think people like that. But at the same time, you don’t need to list every single thing that’s wrong with the car. They get it — it’s a used car.”

6. Be honest with yourself about your car’s condition

It can be tempting to price a car as if it’s in excellent or great condition, but your vehicle is probably a bit worse off than you think, they said.

7. Mileage is relative, so do your research before overpricing or underpricing your vehicle

A car’s odometer doesn’t tell the whole story, Moody said. Some cars tend to last longer than others, so number of miles on the clock can mean vastly different things for different makes and models.

“Research the value of your car before selling it, because there are a lot of cars out there that will go well beyond 100,000 miles,” Moody said.

At the same time, sellers shouldn’t think that they can demand more for a car simply because it’s considered to be a durable model.

“Just because you have a well-known, reliable car like a Honda Civic or a Toyota Corolla or a Nissan Altima, that doesn’t automatically free you from maintenance or cleanliness or adhering to pricing guidelines,” Moody said.

8. A few inexpensive repairs can go a long way in improving your car’s looks and increasing its value

Multiple experts told Business Insider that it’s not always worth it to make major repairs before selling a car — instead, sellers should note any issues that need addressing in the vehicle description.

But some cheap fixes can have a big impact on a car’s perceived value. As an example, Moody recommends spending a small amount of money to swap out a cracked taillight, de-fog older headlights, or fix trim pieces.

“I can’t give you a dollar amount, but it makes the car appear to be worth more,” Moody said.

It may be obvious that sellers should set a price that’s slightly higher than what they actually want — to account for some negotiation — but the actual dollar amount matters, Montoya said.

That’s especially true with prices above $10,000, Montoya added, since people tend to negotiate in large chunks of at least $1,000.

After checking the value of their make and model using car-selling sites and pricing tools, sellers should price their car roughly $1,000 to $2,000 above the amount they want for the vehicle.

“That gives you some wiggle room if you do want to negotiate with someone,” Montoya said.

Montoya said not to engage with low ballers over the phone or via email, and said never to respond directly if a potential buyer asks what your best price is.

“You’re already putting yourself behind the ball when you answer that question,” Montoya said. “Tell them you’re flexible on the price, but you’d like them to see the car first.”

Montoya warns that buyers who seem only concerned with price may be wholesalers trying to get the lowest price possible.

11. Consider that you’re competing with dealerships, not just other private sellers

When you’re taking photos, crafting a description, pricing a vehicle, and considering what minor fixes to make, keep in mind that your competition includes used-car dealers, whose job it is to sell cars quickly and for a profit.

Now more than ever, Moody said, private sellers should go the extra mile when listing their cars for sale, because the advent of car-selling sites has fueled competition in the used-car market.

“What has enhanced that competitiveness is the internet,” Moody said. “I can go on a site like Autotrader or do a Google search and find 50 Corollas for sale — some of them at dealerships and some of them through private parties.”

Private sellers, Moody said, need to give shoppers a good reason to buy from them rather than from an established dealership or used-car lot.

12. Some sites tend to have more serious buyers than others

Sellers are more likely to encounter spammers and low ballers on free websites like Facebook Marketplace and Craigslist, Montoya said.

Montoya thus suggests paying a bit of money to list a car on a site like Autotrader or eBay Motors, especially if the car is worth more than $10,000.

13. Selling a car on your own is time consuming, and it may not be for everyone

Owners who decide to sell a car privately should be prepared for a lot of work, Moody said. They need to put significant effort and time into making a listing, fielding phone calls, replying to emails, and dealing with no-shows.

“There’s a reason why selling a car yourself is going to get you a little bit more money than trading your car in,” Moody said. “One of those reasons is that selling a car takes effort.” 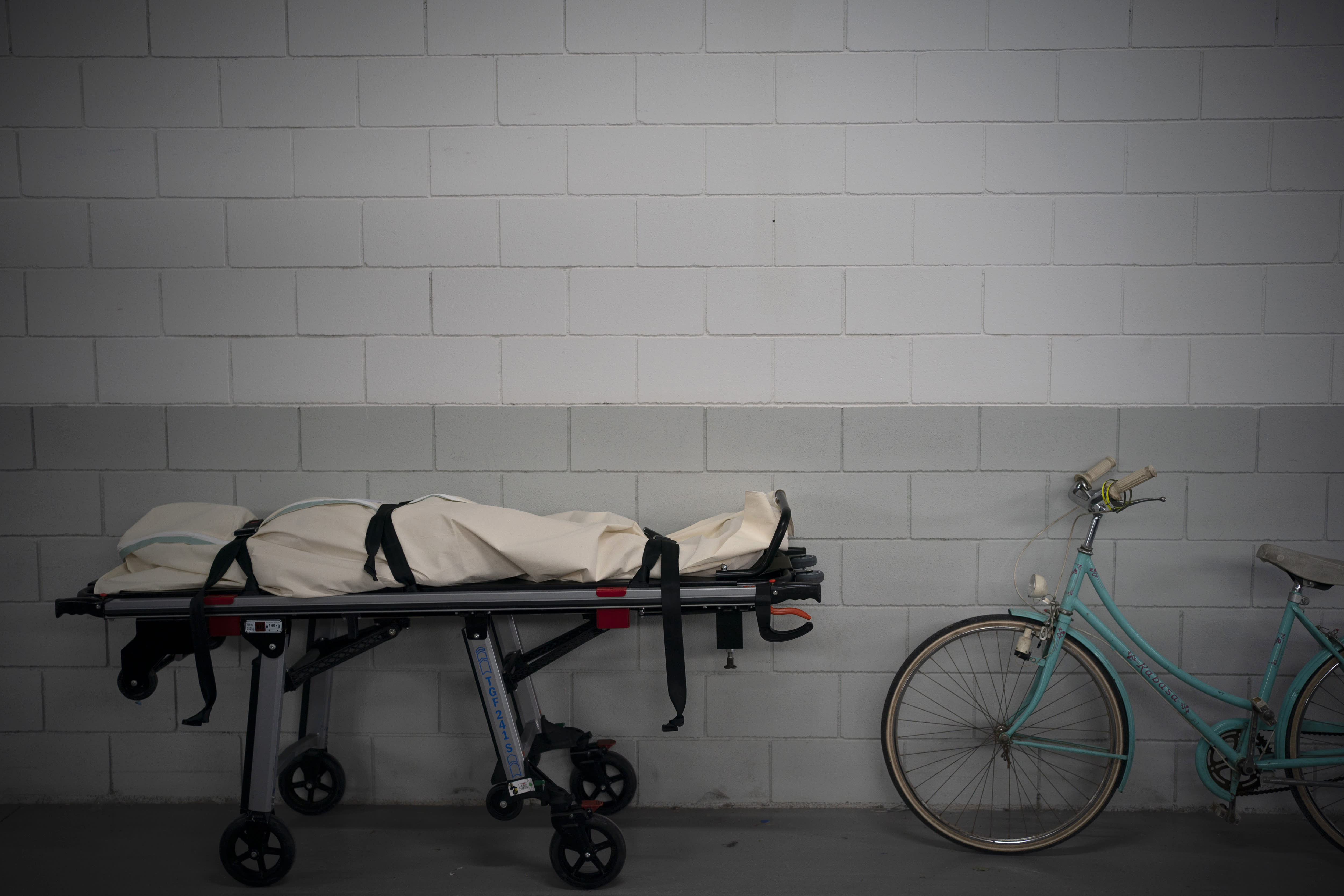